In October 1969, a number of Freemasons living in the Kibworth area discussed the formation of a new Lodge – to be called ‘St Wilfrid’s Lodge’, after the patron saint of the Parish Church of the two Kibworths (Harcourt and Beauchamp). They planned to use (and still do) the facilities of the existing Masonic Hall in Market Harborough. The Lodge was sponsored by St Peter’s Lodge No.1330 and the warrant was issued in September 1970, followed by the consecration in March 1971. The annual subscription was set at £10.50, with country members, resident more than 30 miles from the Masonic Hall, paying £5.25.

There were 17 founders, with the majority (7) coming from St Peter’s Lodge, but with significant support being given by Lodge of the Golden Fleece No.2081, East Goscote Lodge No.2865, St Martin’s Lodge No.3431, Wyggeston Lodge No.3448 and Highcross Lodge No.4835.

The Consecration Meeting was held at the Masonic Hall, Market Harborough. The Consecrating team was led by the Provincial Grand Master, R.W.Bro. Brig. C.B.S. Morley C.B.E. T.D. D.L., 12 other current Provincial Grand Officers. The attendance book records the names of the 19 members of the consecrating team and 63 visitors in addition to the 16 officers appointed and the IPM – a total of 99 in all. The seven course banquet cost £2.50 per head, including sherry, wines and a glass of port.

Notable Events since the Consecration

The Lodge has had a regular supply of candidates over the years and many have progressed to the Chair. There have, however been four joining past masters who have assisted when the normal progression was interrupted, namely John Macdonald (1989), John Townsend (1999), Fred Lifford (2000) and Doug Gill (2003). 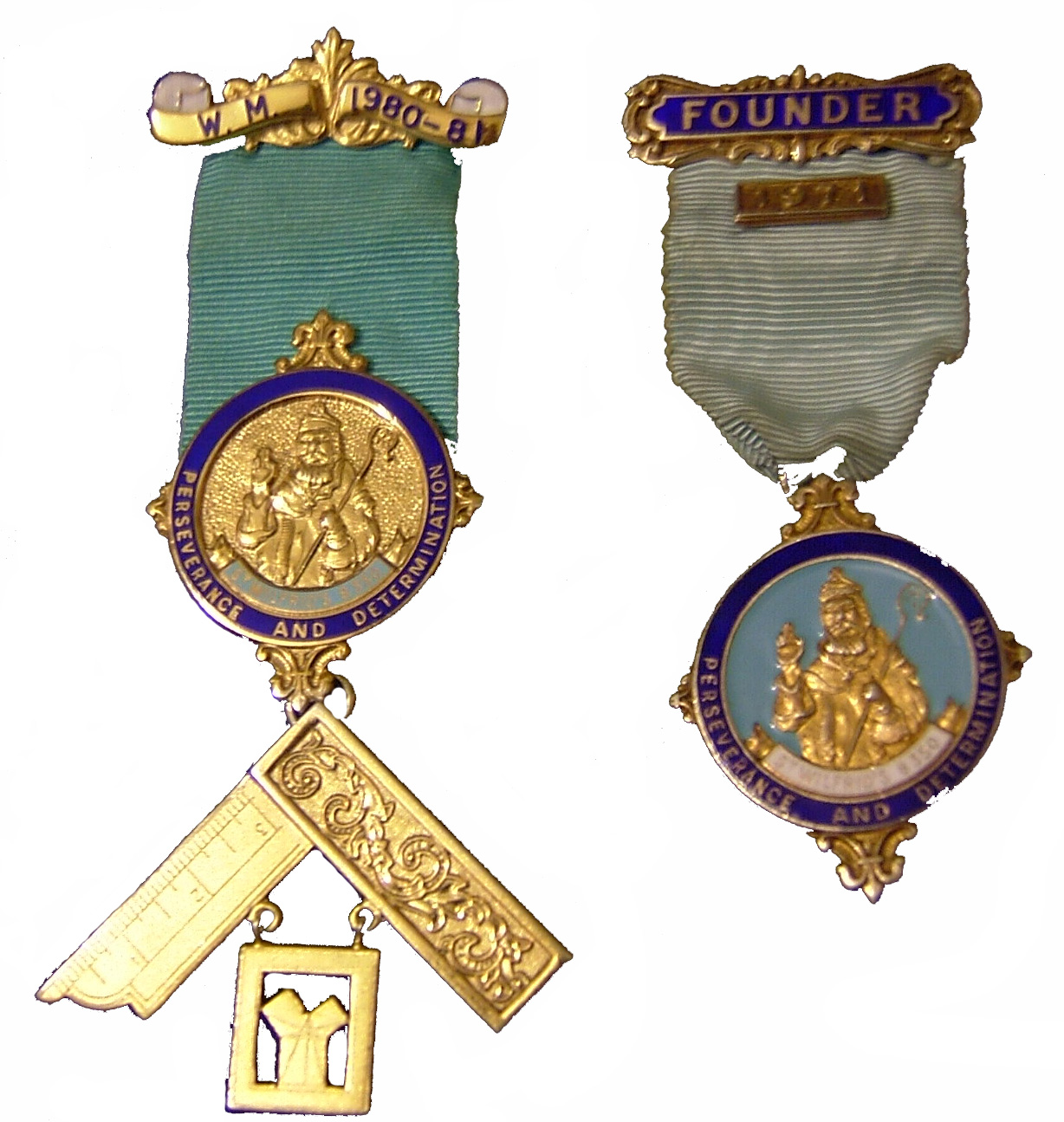 A number of members have been recognised for long service. In 1994, Archie Pitman was congratulated having completed 50 years in the Craft. In 2005, the Provincial Grand Master’s ‘Certificate of Service to Masonry’ was presented to John Macdonald (60 years), in 2006 to Alf Newton (50 years) and in 2012 to Fred Lifford (50 years). When David Hagger, APGM, presented the Certificate to Alf Newton, 5 Scottish visitors made the journey to be present, including the Master of his mother Lodge, Forfar & Kincardine (No.225 SC).

In February 1983, at the instigation of W.Bro. John Townsend, a Study Group (similar to an LoI) was formed. Open to all Master Masons, it meets monthly (from September to June, apart from December) at the Masonic Hall in Market Harborough. Eric Orringe was the first Preceptor and currently John Townsend carries on work.

In January 2007, the 250th meeting was celebrated. The Assistant Provincial Grand Master, W.Bro. David Hagger PSGD attended, accompanied by the Provincial Grand Director of Ceremonies, W.Bro. Philip Dodd PAGDC. During the meeting a copy of a history of the first 250 meetings, prepared by John Townsend, was presented to the WM, Bro. Cliff Hollingsworth by the APGM. Copies of the booklet were distributed to the members and engraved commemorative glassware, in the shape of cut glass Whisky Tumblers, Firing Glasses and half-pint Tankards, were delivered to those who had placed prior orders. All items are engraved with the Lodge Crest and the words “St. Wilfrid’s Lodge No.8350 – 250th Meeting”.

The Lodge was fortunate to have W.Bro. David Hagger as it’s Liaison Officer for many years, until he became Provincial Grand Master. On relinquishing the role, he was invited to become an honorary member of the Lodge and, subsequently, the role has been filled by W.Bro. Ian Kennedy PAGDC.

The Lodge has always contributed generously to charities and is a Patron of the Grand Charity, The Masonic Trust for Girls and Boys, the Masonic Samaritan Fund and the Leicestershire and Rutland RMBI 2012 Festival.